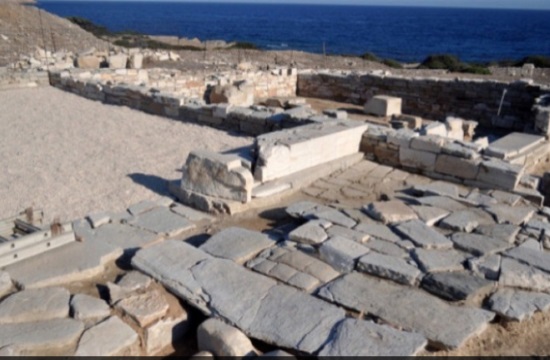 New finds that complete the picture on the buildings’ architecture around the Apollo temple on the uninhabited island of Despotiko, west of Antiparos island revealed excavations and restoration works that were held recently on the island, according to ANA.

The excavation focused on areas surrounding the temple as well as on buildings outside of it while very important were the finds of the short research on the islet Tsimintiri.

The surprise of this year’s excavation was discovered on Tsimintiri. The islet is located between Antiparos and Despotiko and in the ancient years it was united with Despotiko and probably with Antiparos…..>>>read more>>>