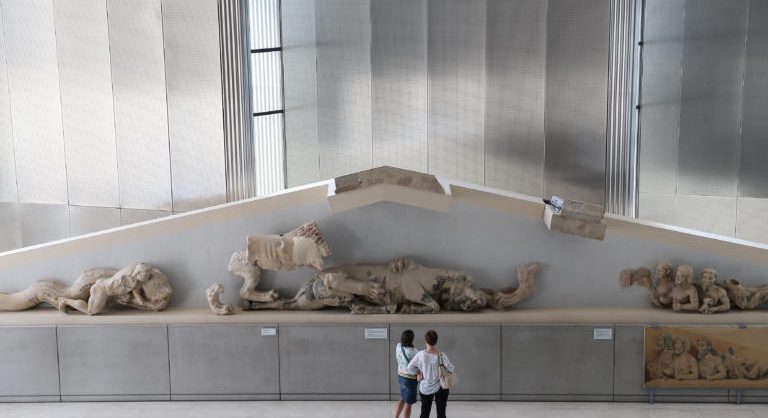 The metope of the south face of the Parthenon, which is currently exhibited in the Louvre in Paris will be coming to Athens in 2021 after French President Emmanuel Macron accepted the proposal of Greek PM Kyriakos Mitsotakis during the latter’s official visit in Paris.
The agreement was reached as a gesture in the framework of the bicentennial anniversary celebrations of the Greek Independence in 2021.

Apart from the temporary return of the metope, a number of other unique exhibits from the Louvre and other institutions will be showcased during the 2021 anniversary at the Acropolis Museum and the Athens Byzantine and Christian Museum, while bronze finds from Greece will be exhibited for the first time in the Louvre.

Meanwhile, the government is satisfied with the contacts in Paris and the results of the official visit. Speaking to reporters after the meeting, the prime minister said Paris was the starting point in his efforts to change the narrative about Greece in European capitals and across the Atlantic.

Next Thursday, Mr. Mitsotakis is scheduled to meet with German Chancellor Angela Merkel, followed by a visit to Amsterdam.

In the final days of September, the Greek PM will be in New York for the annual UN Summit. According to sources, talks for a meeting with US President Donald Trump on the sidelines of the Summit have progressed.